BIG Bugs Are Coming As Agriculture Goes On Alert

Invasive species present significant threats to global agriculture, although how the magnitude and distribution of the threats vary between countries and regions remains unclear. Here, we present an analysis of almost 1,300 known invasive insect pests and pathogens, calculating the total potential cost of these species invading each of 124 countries of the world, as well as determining which countries present the greatest threat to the rest of the world given their trading partners and incumbent pool of invasive species. We find that countries vary in terms of potential threat from invasive species and also their role as potential sources, with apparently similar countries sometimes varying markedly depending on specifics of agricultural commodities and trade patterns. Overall, the biggest agricultural producers (China and the United States) could experience the greatest absolute cost from further species invasions. However, developing countries, in particular, Sub-Saharan African countries, appear most vulnerable in relative terms. Furthermore, China and the United States represent the greatest potential sources of invasive species for the rest of the world. The analysis reveals considerable scope for ongoing redistribution of known invasive pests and highlights the need for international cooperation to slow their spread.

The dangers facing the Earth’s ecosystems are well known and the subject of great concern at all levels. Climate change is high on the list. But the underlying and associated cause is population growth.
http://www.populationmatters.org/attenborough-talk

South China Sea: Can US prevent a war on Australia's door step? Can it stop one in Europe?

Two events in particular have driven this development, separate but subtly interlinked. On the Korean peninsula, the deployment of a new South Korean missile defence system and imposition of new US sanctions on the north has nudged tensions higher. Now, an international court decision on China's claims in the South China Sea could further amplify already growing posturing over disputed maritime boundaries.
http://www.smh.com.au/world/south-china-sea-can-us-prevent-a-war-on-australias-door-step-can-it-stop-one-in-europe-20160712-gq4dr4.html

In a judgement that is even tougher on Beijing than anticipated, the Permanent Court of Arbitration in The Hague has rebuked China on everything from its interference in its smaller neighbour's fishing to the environmental devastation wrought by its large-scale construction on fragile coral reefs. Crucially the judges also found that the Beijing's artificial islands do not generate an extended maritime zone because the natural features could not sustain human habitation.
http://www.smh.com.au/world/south-china-sea-dispute-hague-tribunal-finds-china-has-no-historic-title-20160712-gq4bnm.html


What’s at stake in China’s claims to the South China Sea? 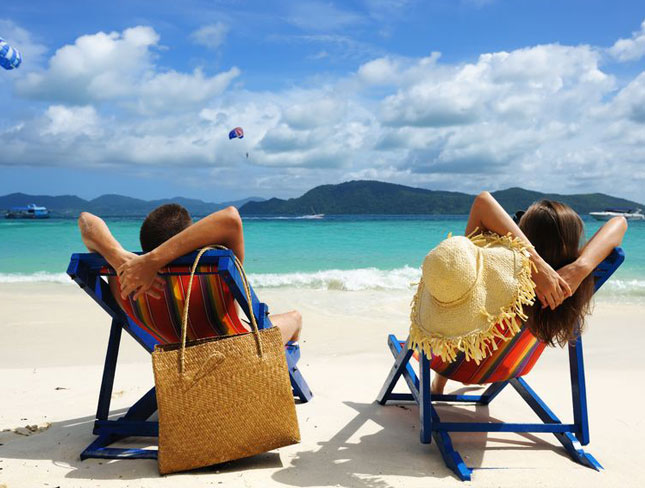 TFTB (Thoughts From The Beach)

It’s that time of the year again for the annual family beach retreat. Over the past few years, TFTB has become a regular series of posts on the markets and economy from a “detached,” and slightly more relaxed, point of view.

During the flight, I was thinking about the recent market’s push higher. After months of turbulent market action, weakening economics and deteriorating fundamentals, investors are currently more exuberant about the markets than at any time since 2014. This exuberance, of course, is not based on expectations of real improvements in economic fundamentals but rather an almost “Pavlovian” response to Central Bank interventions as I discussed last week.
This got me to thinking about “risk” and reminded me of something Howard Marks once wrote:

“If I ask you what’s the risk in investing, you would answer the risk of losing money. But there actually are two risks in investing: One is to lose money and the other is to miss opportunity. You can eliminate either one, but you can’t eliminate both at the same time. So the question is how you’re going to position yourself versus these two risks: straight down the middle, more aggressive or more defensive.
I think of it like a comedy movie where a guy is considering some activity. On his right shoulder is sitting an angel in a white robe. He says: ‘No, don’t do it! It’s not prudent, it’s not a good idea, it’s not proper and you’ll get in trouble’.
On the other shoulder is the devil in a red robe with his pitchfork. He whispers: ‘Do it, you’ll get rich’. In the end, the devil usually wins.