Water with unsafe lead amounts found in hundreds of schools

TOLEDO, Ohio — Responding to the crisis in Flint, Michigan, school officials across the country are testing classroom sinks and cafeteria faucets for lead, trying to uncover any concealed problems and to reassure anxious parents.

Just a fraction of schools and day care centers nationwide are required to check for lead because most receive their water from municipal systems that test at other locations. State and federal lawmakers have called for wider testing.

Among schools and day care centers operating their own water systems, Environmental Protection Agency data analyzed by The Associated Press showed 278 violated federal lead levels at some point during the past three years. Roughly a third of those had lead levels that were at least double the federal limit. In almost all cases, the problems can be traced to aging buildings with lead pipes, older drinking fountains and water fixtures that have parts made with lead.

Riverside Elementary in the northern Wisconsin town of Ringle has lead pipes buried in its concrete foundation that used to leach into the tap water before a filtration system was installed. Replacing the pipes, which were installed when the school was built in the 1970s, is not an option.

"For the cost of that, you might as well build a new school," said Jack Stoskopf, an assistant superintendent.

A third of Americans under 35 now live with their parents

Half of them spend half their incomes servicing debts. You’re not likely to get married if you’re living with mom and dad, and soon enough three generations under one roof again, out of economic necessity. And more couples with their kids all in one room. Poor people worldwide already live this way.
http://www.countercurrents.org/dinh060416.htm

The Globalisation Of Bad Food And Poor Health: Sustainable Development or Sustainable Profits?

The proportion of deaths due to cancer around the world increased from 12% in 1990 to 15% in 2013. Globally, cancer is already the second-leading cause of death after cardiovascular diseases.
http://www.countercurrents.org/todhunter030416.htm

Africa is witnessing a gradual shift in the continental balance of economic power — away from petrostates like Nigeria and Angola and toward less flashy but more diversified economies like Ethiopia and Tanzania.
http://foreignpolicy.com/2016/04/04/africas-petrostates-are-imploding/

Overpopulation – The Root Cause of Our Problems – Why Is It a Taboo Topic?

Why is overpopulation taboo? It is incredibly frustrating to see so many people and organizations thrashing around over climate change and related issues when none of those problems would exist if we weren’t overpopulating the planet. The problems of epidemic and famine that will emerge over the next two or three decades will compound our relatively new problems with weather and increasing sea levels, and it is likely that at least a few billion people will die untimely deaths before the end of this century, all attributable to the human population explosion. Isn’t a focus on reducing birthrates worldwide what we really need? Are we putting ourselves at risk by addressing the more superficial issues and ignoring the root cause?

The population explosion is here now, and it is causing problems. In fact, we are experiencing many population-driven problems now. Immigration problems are stimulated by many things, but primary among them are the crime that crops up in increasingly crowded areas, scarcity exacerbated by decreasing ratios of resources to consumers (demand beginning to exceed supply), and the increasing difficulty of managing huge, fast growing and fast changing national economies effectively. Capitalist countries have the added problem of maverick corporate entities with huge financial power influencing politics and the laws, stripping the country of its natural resources, and manipulating and bribing officials, [...]
READ MORE 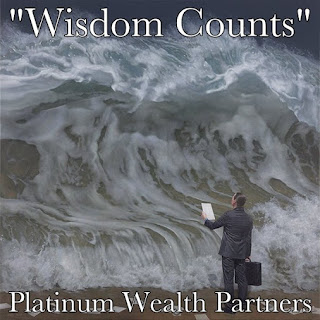