"This study should serve as a wake-up call to governments, policymakers, and individuals around the world," said Michalak. "We must expand our focus and devise strategies that target the biogenic emissions of these other greenhouse gases if we are to change the course of climate change." 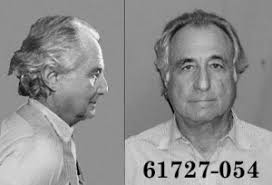 Washington, D.C.--For the first time scientists have looked at the net balance of the three major greenhouse gases--carbon dioxide, methane, and nitrous oxide--for every region of Earth's landmasses. They found surprisingly, that human-induced emissions of methane and nitrous oxide from ecosystems overwhelmingly surpass the ability of the land to soak up carbon dioxide emissions, which makes the terrestrial biosphere a contributor to climate change. The results published in the March 10, 2016, Nature, revises our understanding of how human activity contributes to global warming.


Co-author Anna Michalak of Carnegie's Department of Global Ecology remarked, "Typically we think of land as a net 'sink' of carbon dioxide. But we found that the sign of the human-induced impact is reversed if we also take into account methane and nitrous oxide."

The scientists looked at the so-called biogenic fluxes or flow of the three greenhouse gases on land that were caused by human activities over the last three decades and subtracted out emissions that existed "naturally" during pre-industrial times. Biogenic sources include gas emissions from plants, animals, microbes, and the like. They were interested in finding out how human activities have changed the biogenic fluxes of these gases. Historically, such emissions have included methane emissions from wetlands and nitrous oxide emissions from soil. Human activity and human-caused climate change have changed the magnitude of these fluxes, however, as well as added new categories of biogenic fluxes such as those resulting from sewage, cattle, and fertilizer use.


The scientists first added up all biogenic emissions of carbon dioxide, methane, and nitrous oxide, then subtracted out those that occurred naturally prior to human intervention to get to the net amount. The study did not include non-biogenic gas emissions from activities like fossil fuel burning or natural gas production.
http://www.eurekalert.org/pub_releases/2016-03/ci-gg030816.php

“Making The Revenant was about man’s relationship to the natural world, a world that we collectively felt in 2015 as the hottest year in recorded history — our production needed to move to the southern tip of this planet just to be able to find snow. Climate change is real, it is happening right now, it is the most urgent threat facing our entire species, and we need to work collectively together and stop procrastinating.”

Clear Channel Outdoor Americas, which owns tens of thousands of billboards nationwide, is on Monday announcing plans to use people's cell phones to allow its billboards to track the behavior of everyone who walks or drives past the ads.
http://www.commondreams.org/news/2016/02/29/incredibly-creepy-billboards-track-behavior-passer

Public ideas leadership on climate? The truth rarely sees the light of day

Propositions that are entirely scientifically valid are rare to non-existent in public discourse in Australia. The idea that more than 1.5C of warming is already locked into the system would be a shock to most participants in public debate
http://www.climatecodered.org/2016/03/public-ideas-leadership-on-climate.html If the price of oil decreases, carbon dioxide emissions increase. This is what two Spanish scientists claim after comparing the relationship between air pollution and economic development by using the real oil prices in Spain between 1874 and 2011 as an indicator. The scientists suggest a need to design new energy taxes.


In the 1970s, the first environmental movements warned that air pollution was the result of our production and consumption patterns. At that point in time, economists argued that an improvement in per capita income would reduce the level of environmental degradation -- a relationship called the Environmental Kuznets Curve (with an inverted 'U' shape). Later studies would go on to show that they were right.
http://www.eurekalert.org/pub_releases/2016-03/f-sf-lop031116.php

www.firstfinancialinsights.blogspot.com
Posted by Unknown at 8:30:00 AM