Coal is the ugly stepsister of fossil fuels. It has a terrible environmental reputation, going back to its first widespread use in Britain in the 1700s. London's coal-fired "peasoup" fogs were notorious, and damaged the health of hundreds of thousands of people. Nowadays the concern is less about soot and ash than about the acid rain, mercury and especially carbon dioxide that results from burning coal. For the same amount of energy released, coal produces more CO2 than either oil or gas. From an energy production standpoint coal has the advantage of very great abundance. Of course that very abundance is a huge negative when considered from the perspective of global warming.

Most coal today is used to generate electricity. As economies grow, so does their demand for electricity.  The need to use electricity to replace some of the energy lost due to the decline of oil and natural gas will put yet more upward pressure on the demand for coal. At the moment China is installing two to three new coal-fired power plants per week, and has plans to continue at that pace for at least the next decade.

Just as we saw with oil and gas, coal will exhibit an energy peak and decline, though for different reasons. One important factor in the eventual decline of the energy obtained from burning coal is that we have in the past concentrated on finding and using the highest grade of coal: anthracite. Much of what remains consists of lower grade bituminous and lignite. These grades of coal produce less energy when burned, and require the mining of ever more coal to get the same amount of energy.

In addition to their exemplary study of oil supplies mentioned above, the Energy Watch Group has also conducted an extensive analysis of coal use over the next century.  I have adopted their "best case" conclusions for this model. The model projects a continued rise in the use of coal to a peak in 2025. As global warming begins to have serious effects there will be mounting pressure to reduce coal use.

Unfortunately, due to its abundance and our need to replace some of the energy lost from the depletion of oil and gas, the decline in coal use will not be as dramatic as seen with those fossil fuels. The model has coal use decreasing evenly from its peak to a production level similar to what it is today, giving the curve shown in Figure 5.

Of course the increased use of coal carries with it the threat of increased global warming due to the continued production of CO2. Many hopeful words have been written about the possibility of alleviating that worry by implementing Carbon Capture and Storage. CCS usually involves the capture and compression of CO2 from power plant exhaust, which is then pumped into played-out gas fields for long term storage. This technology is still in the experimental stage, and there is much skepticism surrounding the security and economics of storing such enormous quantities of CO2 in porous rock strata.

If coal is the ugly stepsister, hydro is one of the fairy godmothers of the energy story. Environmentally speaking it's relatively clean, if perhaps not quite as clean as once thought. It has the ability to supply large amounts of electricity quite consistently. The technology is well understood, universally available and not too technically demanding (at least compared to nuclear power). Dams and generators last a long time. 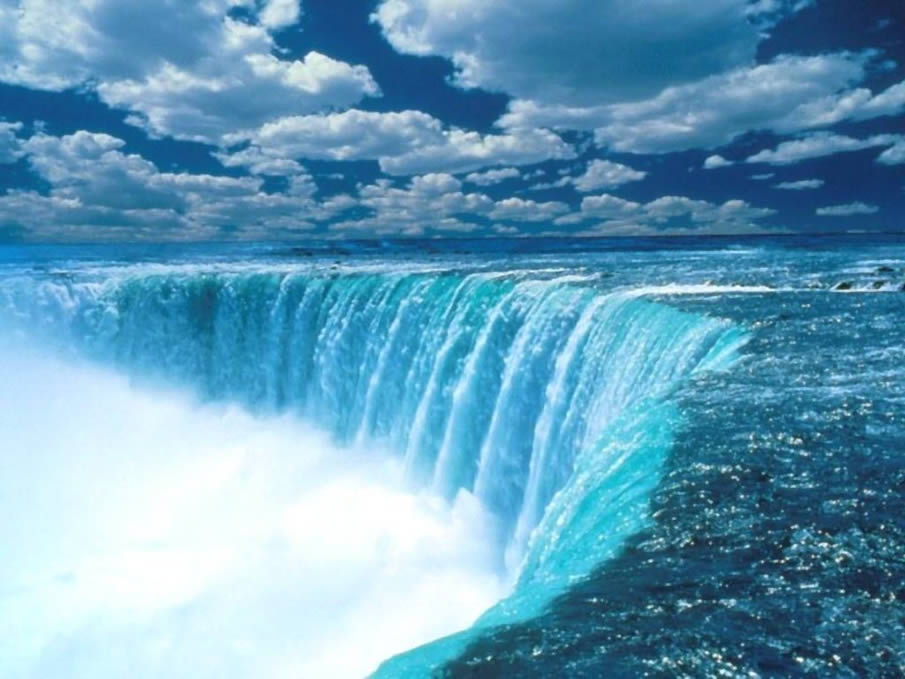 It has its share of problems, though they tend to be quite localized. Destruction of habitat due to flooding, the release of CO2 and methane from flooded vegetation, and the disruption of river flows are the primary issues. In terms of further development the main obstacle is that in many places the best hydro sites are already being used. Nevertheless, it is an attractive energy source.

Development will probably continue in the immediate future at a similar pace as in the past.  The model for hydro power has its capacity increasing by almost 40% by 2050. This projected growth is gradually constrained toward the middle of the century by two main factors: most useful river sites are already in use, and water flows will gradually be reduced due to global warming.  There may also be a general loss of global industrial capacity (and/or rising development costs) due to oil and gas depletion.  Nevertheless, the pressure on hydro power to replace energy lost from oil and gas depletion will support continued development even in the face of such constraint.

The graph in Figure 7 is a mix of data synthesis with a bit of projection. I started with a table of reactor ages from the IAEA (reprinted in a presentation to the Association for the Study of Peak Oil and Gas), the table of historical nuclear power production from the BP Statistical Review of World Energy 2007 and a table from the Uranium Information Centre showing the number of reactors that are installed, under construction, planned or proposed worldwide.

The interesting thing about the table of reactor ages is that it shows the vast majority of the world's operating reactors (361 out of 439 or 82% to be precise) are between 17 and 40 years old. The number of reactors at each age varies of course, but the average number of reactors in each year is about 17. The number actually goes over 30 in a couple of years.

Two realizations formed the basis for my model of nuclear power. The first was that reactors have a finite lifespan averaging around 40 years, which means that a lot of the world's reactors are rapidly approaching the end of their useful life. The second realization was that the construction rate of new reactors and their average capacity can be inferred from the UIC planning table.We can therefore calculate the approximate world generating capacity with reasonable accuracy out to 2030 or so.

The model takes a generous interpretation of the available data. It assumes we will build all the reactors shown in the UIC data referenced above: six plants per year for the next five years, nine plants per year for the subsequent ten years, and ten plants per year until 2050. The model further assumes that all reactors will be granted life extensions to 50 years from their current 40, and that no plants will be prematurely decommissioned.  It also assumes that each plant generates an average output equivalent to 1.53 Mtoe per year. The derivation of this figure is given in the model data available here.

The drop in output between 2020 and 2037 is the result of new construction not keeping pace with the decommissioning of old reactors. The argument for a peak and subsequent decline in nuclear capacity is very similar to the logistical considerations behind Peak Oil - the big pool of reactors we currently use will start to become exhausted, and we're not building quite enough replacements.  The rise after 2037 comes from my estimate that we will then be building 10 reactors per year compared to 6 per year today. The net outcome is that in 2050 nuclear power will be supplying about the same amount of energy that it is today.

A number of factors may act to increase that output.  Those changes could include the uprating of existing reactors to produce more power than their original design specification, an increase in the size of future reactors and/or a building boom prompted by concerns about global warming and the decline of oil and gas supplies.

Restraining the increase will be economic factors (construction will become more expensive as oil and gas deplete, driving up the cost of materials and transportation), and continuing public opposition to nuclear power plants, waste storage and uranium mining.  At some point uranium mining itself may also become a bottleneck - the current world production of about 50,000 tonnes of uranium per year could need to increase to around 70,000 tonnes per year in order to fuel the increased number of reactors.  Of course the amount of additional uranium required will depend entirely on the number of new plants that actually get built.

A number of advanced reactor technologies are presently under investigation or development, including high energy "fast reactors" that produce less waste, reactors that can use more abundant and cheaper thorium as a fuel, and "pebble bed" designs that promise improved safety.  None of these technologies are commercially available (and are unlikely to be within the next decade or two), so they have not been incorporated into the model.