Records broken as heatwave hits US northwest:
Both India and Pakistan have had heatwaves this year, Western Europe is developing one and North America is enduring one, in its northwest. The precise definition differs from country to country but the effects are the same. The United States will need to spend as much as $18 billion per year for 15 years starting in 2021 to keep the nation's nuclear stockpile and the weapons and vehicles designed to deliver these weapons viable, Pentagon leaders told lawmakers.
"We've developed a plan to transition our aging system. Carrying out this plan will be an expensive proposition. It is projected to cost DoD an average of $18 billion a year from 2021 through 2035," Deputy Defense Secretary Bob Work told members of the House Armed Services Committee at Thursday's hearing on nuclear deterrence.
"The only existential threat to our nation is a nuclear attack. Nuclear weapons remain the most important mission we have," he added. If Greenland goes, it is becoming clear that it won’t go quietly.
Scientists have already documented entire meltwater lakes vanishing in a matter of hours atop the vast Greenland ice sheet, as huge crevasses open beneath them. And now, they’ve cast light on the mechanisms behind another dramatic geophysical effect brought on by the rumbling and melting of this mass of often mile-thick ice: earthquakes. Global warming is strengthening heatwaves. The Arctic is warming faster than the rest of the world, so the temperature difference between the North Pole and the Equator is getting smaller. It is this temperature difference that powers the jet stream. The result is that the speed is falling. And the path is meandering. 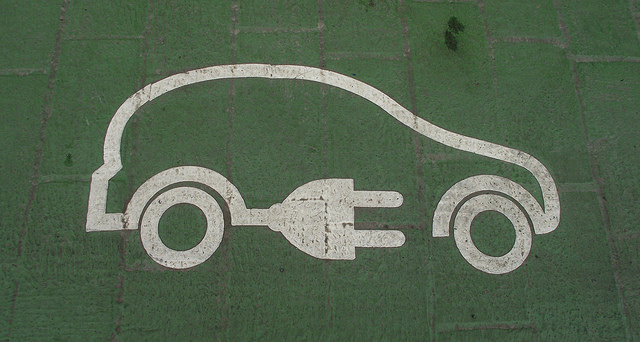 One surefire way to get that message across is to give people an EV experience, according to Pam Fletcher, the chief engineer for EVs at General Motors (GM). "The people that have owned and lived with EVs can understand it, they've seen how the vehicles work for them, It's part of the learning curve and more people will understand it over time," she said. "It's hard to explain to people the benefits if they haven't had that experience." 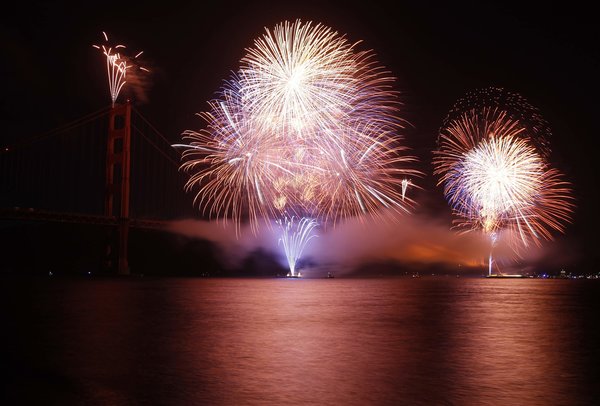 California Drought Takes Some Sparkle Out of Fireworks Displays

Cupertino is in many ways a model California city when it comes to responding to the drought. Parks and lawns across this community are brown, and that is considered a mark of progress here these days. The only remnant left of the bubbling fountain where children once frolicked in front of City Hall is a photograph behind the mayor’s desk; the city turned the fountain off long ago. 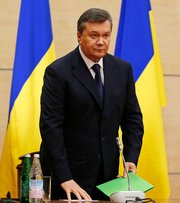 Mindful of Greece, Ukraine Is in a Rush to Line Up Debt Relief

Michael Hasenstab, a lead investor with Franklin Templeton, had poured about $7 billion into Ukrainian bonds in the years before the change of power in Kiev. That investment is worth about $4 billion today. The loss comes to about 1 percent of a global bond fund he oversees. Despite the loss, the fund’s return has been positive this year.
“We do look for situations that are out of favor,” Mr. Hasenstab said in a video released by the company in April last year about the decision to invest in Ukraine. More than a referendum: Will Greece exit the West?

It was on a Friday night, but the reason why Greeks hardly slept related less to partying and more the wake-like atmosphere that descended after Prime Minister Alexis Tsipras' announcement that he would open up the result of five months of negotiations with the troika to popular referendum.

As they took to social media to apportion blame and digest the consequences of a possible exit from the euro, queues built up outside gas-stations and bank ATM s. In war-torn Afghanistan it is not the Taliban that poses the greatest threat to women - it is their own families.

Afghanistan: No Country for Women

Thirteen years after the fall of the Taliban, women in Afghanistan continue to suffer oppression and abuse

Research by Global Rights estimates that almost nine out of 10 Afghan women face physical, sexual or psychological violence, or are forced into marriage.

In the majority of cases the abuse is committed by the people they love and trust the most - their families.

While shelters are trying to provide protection and legal help to some, many women return to abusive homes because there is no alternative. Unable to escape their circumstances, some are turning to drastic measures like self-immolation to end their suffering,

Has enough progress been made on women's rights in Afghanistan since the fall of the Taliban? Share your thoughts with us @AJ101East suffering

The Girls Of The Taliban

Greek bailout referendum down to the wire 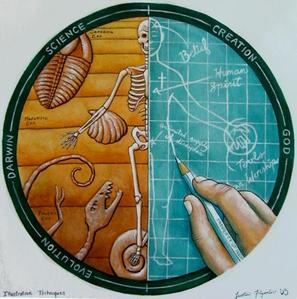 Lesson  One
How It All Began?