Last Month Was the Hottest May on Record in Alaska The United States' snowiest wilderness just keeps getting warmer.
Temperatures in Alaska averaged 44.9 degrees Fahrenheit this May, making it the warmest May in the 91-year temperature record of the state, according to National Oceanic and Atmospheric Administration (NOAA) data released today.
And that's a remarkable 7.1 degrees higher than the 20th-century average.

"Really since June of 2013, it's been very persistently warm with lots of records," Rick Thoman, a meteorologist with the National Weather Service in Alaska, told VICE News. "So this is kind of just another one in this two-year streak."
The last record-breaking May was in 2005, when the average temperature climbed to 43.7 degrees. Read More. 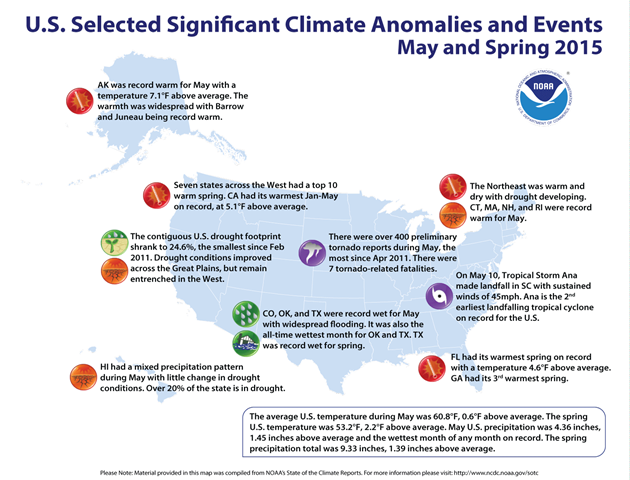