CORVALLIS, Oregon (OSU) – Just in the past two weeks, the incidence of sea star wasting syndrome has exploded along the Oregon Coast and created an epidemic of historic magnitude, one that threatens to decimate the entire population of purple ochre sea stars.

Prior to this, Oregon had been the only part of the West Coast that had been largely spared this devastating disease. 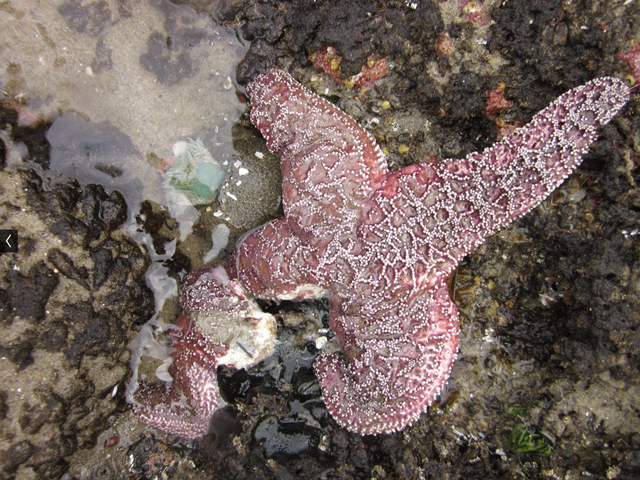 The ochre sea star, which is the species most heavily affected by the disease in the intertidal zone, may be headed toward localized extinction in Oregon, according to researchers at Oregon State University who have been monitoring the outbreak. As a “keystone” predator, its loss could disrupt the entire marine intertidal ecosystem.

Researchers say this is the first time that die-offs of sea stars, more commonly known as starfish, have ever been identified at one time along such a wide expanse of the West Coast, and the sudden increase in Oregon has been extraordinary.
The best information is from the intertidal zone, which is easier to access for monitoring. In this area, less than 1 percent of the ochre sea stars in Oregon were affected in April, and only slightly more than that by mid-May.


Today, an estimated 30-50 percent of the Oregon populations of this sea star species in the intertidal zone have the disease. The highest losses are at Fogarty Creek, where about 60 percent are affected. Researchers project that the epidemic will intensify and, at some sites, nearly 100 percent of the ochre sea stars could die.