18 May 2014 (Associated Press) – Floodwaters triggered more than 3,000 landslides across the Balkans on Sunday, laying waste to entire towns and villages and disturbing land mines leftover from the region's 1990s war, along with warning signs that marked the unexploded weapons.
The Balkans' worst flooding since record keeping began forced tens of thousands of people from their homes and threatened to inundate Serbia's main power plant, which supplies electricity to a third of the country and most of the capital, Belgrade. 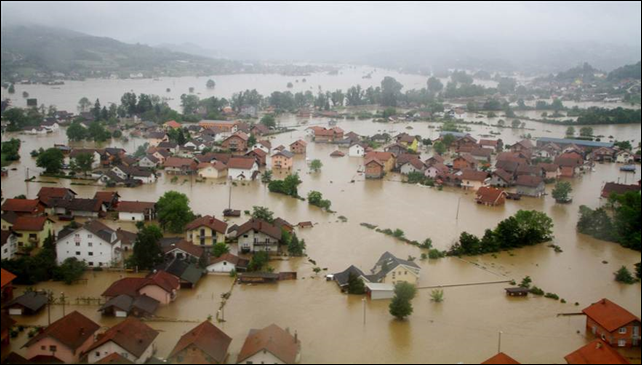 Authorities organized a frenzied helicopter airlift to get terrified families to safety before the water swallowed up their homes. Many were plucked from rooftops.
Floodwaters receded Sunday in some locations, laying bare the full scale of the damage. Elsewhere, emergency management officials warned that the water would keep rising into Sunday night.

Three months' worth of rain fell on the region in three days, producing the worst floods since rainfall measurements began 120 years ago. At least two dozen people have died, with more casualties expected. 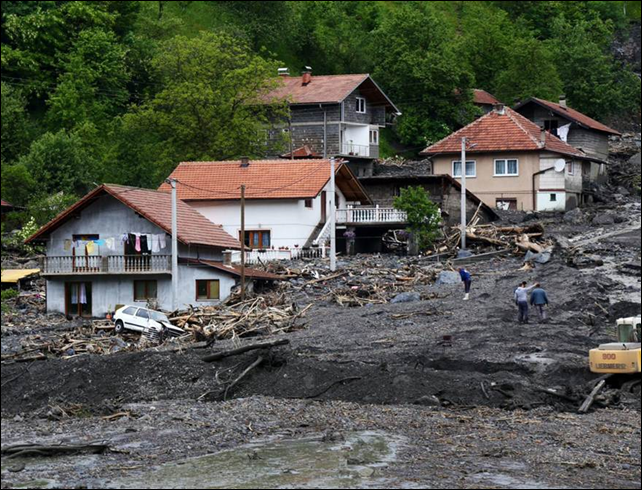 The rain caused an estimated 2,100 landslides that covered roads, homes and whole villages throughout hilly Bosnia. Another 1,000 landslides were reported in neighboring Serbia.


This is a disaster of unmeasured proportions - again, we are seeing the climate chaos being caused by global warming leaving no region on the planet untouched. Where are our leaders? Hmm...