– The biggest glaciers in West Antarctica are hemorrhaging ice without any way to stem the loss, according to two independent studies. The unstoppable retreat is the likely start of a long-feared domino effect that could cause the entire ice sheet to melt, whether or not greenhouse gas emissions decline. 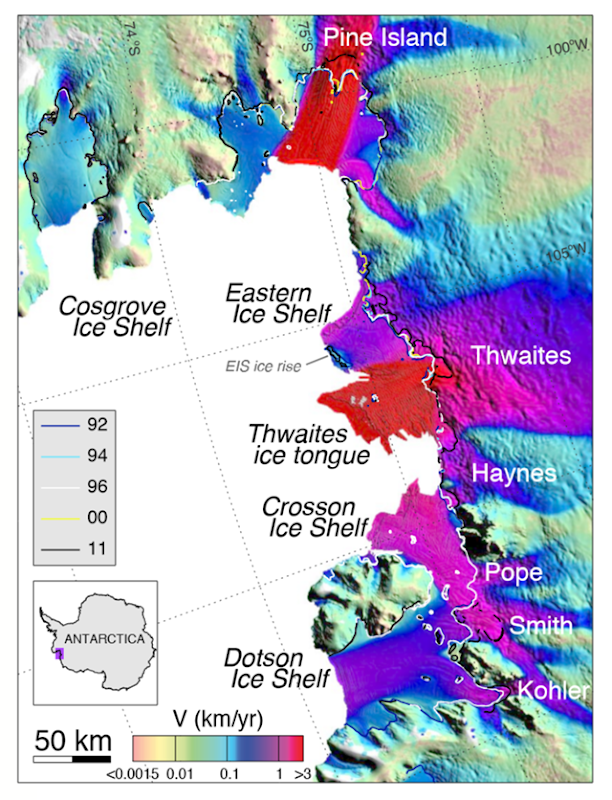 "These glaciers will keep retreating for decades and even centuries to come and we can't stop it," said lead study author Eric Rignot, a glaciologist at the University of California, Irvine, and NASA's Jet Propulsion Laboratory in Pasadena, Calif. "A large sector of the West Antarctic Ice Sheet has passed the point of no return." [Vanishing Glaciers: See Stunning Images of Earth's Melting Ice]

The West Antarctic Ice Sheet holds 10 percent of Antarctica's ice. Glaciers here sit in a giant bowl, with their base below sea level, making melting a concern since the 1970s. As the ice retreats into the bowl, it shrinks back into deeper water, making the glaciers unstable. Like frozen levees, the retreating glaciers pin back more stable parts of the Greenland-size ice sheet. Their collapse threatens the entire West Antarctic Ice Sheet. 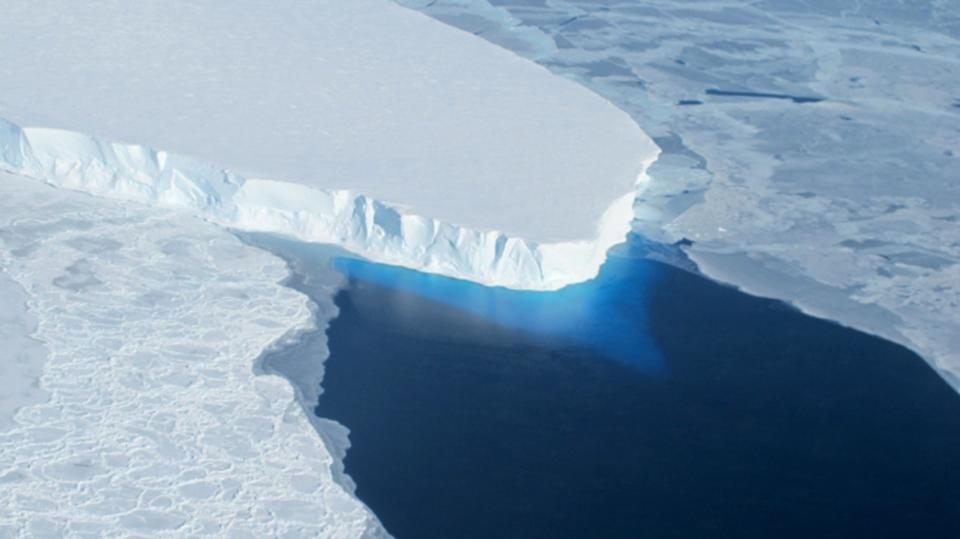 Two papers published today in the journal Geophysical Research Letters and Science used different approaches to forecast the future of West Antarctica's shrinking glaciers. One study tracked the region's biggest glaciers for 40 years, and concluded from direct observations that the ice is unstoppable. The other relies on sophisticated computer models to predict the future melting of Thwaites Glacier, the biggest of West Antarctica's frozen ice rivers.

Both studies conclude that even dramatic changes in climate won't stop the retreat, because the glaciers are shrinking back into deep valleys with no ridges or mountains to halt their rapid pace. Any high topography can act like a speed bump and slow the galloping glaciers.

This Video Is  Not A Horror Film:
IT'S MUCH WORSE!

What happens when Earth's air conditioner breaks and cannot be fixed? One thing is for sure, more than Penguins will be marching to the tune of a different drummer.