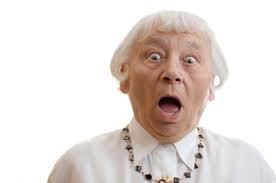 California drought to cause fruit and veggie sticker shock

(America’s Markets) – The price of  fruits and veggies is going up, causing possible sticker shock at the grocery store checkout. Blame one of California’s worst droughts ever for the rising prices.    Crop shortages, ranging from 10% to 20% depending on the type of crop, will lead to the higher prices, says professor Timothy Richards of the W. P. Carey School of Business at Arizona State University, citing recently completed research on which crops will likely be most affected.    “You’re probably going to see the biggest produce price increases on avocados, berries, broccoli, grapes, lettuce, melons, peppers, tomatoes and packaged salads,” says Richards. “We can expect to see the biggest percentage jumps in prices for avocados and lettuce – 28% and 34%, respectively.” Richards estimates the following possible price increases due to the drought:

Industry estimates range from a half-million to 1 million acres of agricultural land likely to be affected by the current California drought. Richards believes 10% to 20% of the supply of certain crops could be lost. California is the biggest national supplier of several of those crops. For avocados, the state is the only major domestic source. […]

Comments
This is when climate change really starts to hit home - when it actually shows up at the dinner table. In the price that is. But what is more concerning is that there is much more to come. - then what?
Maybe we should start to think about what we really mean by economics?
Dr Peter G Kinesa
April 24,2014
Posted by Unknown at 7:00:00 AM