Does this mean we should land on the moon again for bargains? Folks could be waiting there right now looking for our business. Who, we wonder?

Commodity prices are ready to shoot upwards whether there is a war in Syria or any big event somewhere else on the planet. Syria is somewhat irrelevant in this regard as markets are poised more on fundamentals to lift skyward.

The world is more fragile today than it was twenty years ago for obvious reasons. More people, fewer resources and wider geo-political tensions and instability. For more worries you may add in climate change, wildfires, water supplies and worst - fewer and fewer pollinating bugs. And that's the war we are really losing sleep over.

Bottom Line: Anyday, anything, or anytime - LIFT OFF ALICE! Just cannot see eye to eye with Jim on the collapse of the US dollar, albeit the financial calamity is more or less a hangover from the 2008 Meltdown and remains plausible. Indeed we had  forecasted such a collapse two years back, by 2020. Bonds yes; but a currency short is fraught with too many pitfalls.

There are many reasons behind the likely stability embedded in the US dollar in such times. Two are big ones. One,  it will simply win by default because other currencies that are competitive, in any significant way, should be that much worse off in the turbulent economic times ahead. Remember, the US is a Hegemony with about 60 -70% of the world's resources and economies within its influences and/or control. There is little else in terms of a viable surrogate exchange media that could handle the global financial volume and liquidity needs as well. Former communist countries have huge credibility issues to overcome to garner any trust for this role.

But most importantly - they have bigger GUNS! In the end, that may be all that matters. While we have long held a position that in the long-run there is no legitimate or logical reason based on sequential forward events, and both historical asset-class performance and purchasing power losses over the past thirty-three years to own this object, yet this psychotic placebo continues to attract the attention of speculators.  Nouriel Roubini had candidly referred to it as a "barbaric relic" - his kind diplomacy is respected.

So why do promoters such as Dr Doom continue with there promotions despite all this? We can presume that they understand the psychosis of small investors attracted to such a cure all placebo and operate to take advantage of their fantasy. The above purchase of Sprott affirms the possibility of such a tactic by promoters.

But the most important issue is not whether to buy or sell this object - the real issue is disclosure. That is will the promoters advise the public of subsequent sales before they are effected or will they cleverly front-run them in various de facto forms ahead of small investors, underneath the radar of a complex myriad of international rules, laws and regulations?

Funny thing, we really don't expect  answers to these questions any time soon. 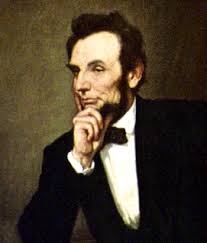