No kidding, we guess Marc's finally starting to figure out what we have been saying for years. Sooner or later the abstract economy's - positive-sum game - is going to have to reconcile with the physical economy - a negative-sum game. The outcome of the imbalance correction will be brutal.

Or perhaps Marc picked up a copy of The Limits to Growth and discovered a practical application - Oprah calls it an "ah ha" moment when the penny finally drops.

When the penny drops...

Some folks take a little longer to get it. But when they finally do, it is like it was their idea in the first place. Sound Familiar?


As Dr Kinesa points out in his recent article, there is a lot of analysis and navel-gazing required to sort out the problems of both Greece and Detroit, who share many similarities. By the way, a better title may be "Greece, the New Detroit?"

Why don't we just state the obvious here? That is about the differences between recent economic successes of China and for some time Japan, and failures of centres; such as Detroit, Greece, Portugal and others. Imagine over the years, that the winners actually have had a "economic business plan" that they execute to, by using both free and centralised policies and tactics. ( seems they also better learn and apply MBA thinking?) Meaning that over reliance on "invisible market forces" to attain the optimal economic state is not a panacea, in fact, it is plain foolhardy - results speak for themselves.

Anyway, when a National Business Strategy is employed, it creates a different outcome because it focuses the nation or centre on simple stuff like; What can we do better then others? Where can we build long-term sustainable comparative advantages? And that's where all that weaknesses, strengths, opportunities and threats thinking occurs, breeding realistic paths forward.


Bottom line; we see that the winners are executing successful National Business Strategies that have little to do with whatever is trending in the Schools of Economics. Imagine!

That's our short take on it - but never forget what you paid for free advice.

PLATINUM WEALTH PARTNERS
July 25, 2013
Hard to believe that is was almost fifty years ago that the streets of Detroit were the centre of civil rights riots in America. Even then, the city was gasping to survive as an exodus of people, industry and jobs was well underway. Nothing was done back then, or since, to turn the tide, so Detroit simply continued to crumble into the destitute urban wasteland pictured today.
Other countries and cities should pay close attention to what happened here - and why comparisons to Nauru and Easter Island are really not that far-fetched. The question becomes when will we ever wake up?
Dr. Peter G Kinesa
July 25, 2013 ﻿


The Jim Rogers Blog : I would rather be a Creditor than Debtor (read more)

Lets see if we can make sense of this. Now let's say China holds 1trillion in 10 year bonds and decides to cash or redeem their whole position. What could possibly happen? The Fed wires a one trillion freshly printed electronic dollars to China and takes back the bonds. So instead of holding an IOU due in ten years it now holds an IUO that is due on demand - albeit it is less than 10% of  US's GDP or in other words all the goods and services output of the US economy for one month. Not much by some measures.

Anyway, now if China decides to convert these dollars immediately to other currencies it actually shoots itself in the foot because by depressing the US dollar they make their exports substantially more expensive to American consumers. Demand for Chinese goods would collapse in the US, that could shut down China's domestic manufacturing causing massive unemployment, and in turn social unrest followed by political change. Somehow it is hard to find a winner in such drama and both sides are thus inter-dependent - strange bedfellows indeed! .

There is a lesson - the best credit terms maybe negotiated by the creditor's biggest debtor - so borrow a lot! But somehow, Ben Franklin and Shakespeare's  wisdom also seems to ring true: neither a borrower nor lender be...

Or, just tell them to go fly a kite 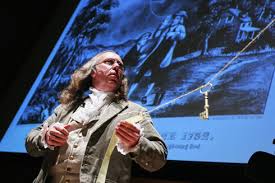 In the end, this a funny money game where the on-going idea is to keep the process going, regardless of the final outcomes. The outcome is the same as anyone playing musical chairs - when the music stops someone gets left holding the bag. This is obvious as when resources are depleted money in  all forms won't buy much.