Jim Rogers BLOG : Cyprus is a real threat to the U.S.

Everyone was asleep at the switch, in fact; many had a hard time finding the switch, including the US media which was more concerned about March Madness and the Easter Bunny, before they figured out that Cyprus could bring down the global financial system. Let's remember what Churchill said about Americans, give them enough time and they'll figure it out.

Jimmy's right, but he should emphasize Cyprus is a real threat to Cyprus first. Secondly, there is little doubt now that Cyprus is the trigger that will bring down the EU and ECB. Why? Where was the oversight? There was none, or else this thing would not have gotten so far out of hand. Two, it tells you not only is there no political unification in the union - there is also no unification of its financial structure. You don't have to be a rocket scientist to figure out that without these key ingredients, you cannot possible make this Euro Experiment work. Thirdly, there is a clear lack of forward thinking power at work within the troika. Cyprus indicates that they are reactionaries engaging no proactive vision or understanding of what the problems and opportunities are - equating to "thought bankruptcy"

Looking at Cyprus and the bail-out solution shows clearly they had and have no clue. First, their actions should result in 20-25% of this country's economy shutting down with loss of its international banking sector. No one in their right mind is going to invest or save money in this country for decades. This will not only lead to massive unemployment and social unrest impacting their tourist trade, but it will cause a collapse in the country's asset values due a combination of spikes in borrowing costs and a lack of liquidity. "Hey buddy, wanna buy some a condo in Cyprus? " You see what I mean?

Now all those involved should have foreseen and understood these consequences. Did they? - No! Consequently, Cyprus will fall into a depressed economic state that could last for decades - in fact, this resource poor nation may just never recover. Anyway what the EU, ECB and IMF should have done along with the bailout plan is put together an program of economic revitalization to be implemented concurrently, in order to soften the economic blows and preserve asset values - and hence cut this disease off with the economic surgery required not mere band aids. However, that would take proactive thought - it could be painful.

In the meantime, this nation faces more doom and gloom as other parts of its economy domino into collapse affecting not just Cyprus, but other EU nations as well. Then of course as Jimmy's says the US as well.

"What do you mean we have to think about it? That hurts." 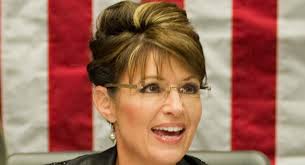